Combines five of the phosphate minerals in a single tablet.
When prescribed by a healthcare professional Magcal Plus is generally well tolerated at the recommended dose and may be prescribed with confidence for infants, children, pregnant and lactating women, and the elderly.
The easy-to-swallow tablet can be halved or crushed to facilitate low-dose prescribing for infants and children.
Background Information

Energy production: The production and storage of energy in the body depends on the availability of both magnesium and phosphate. Phosphate is incorporated into compounds such as ATP and cyclic AMP. Magnesium combines with and stabilises the ATP molecule, and the resultant Mg-ATP complex (rather than ATP alone), is the substrate for most ATP-requiring enzymes .
Haematology: Due to its role as a component of haemoglobin, iron plays a vital role in the structure and function of healthy blood and supports energy levels.
Phosphate acts as a regulator of iron phosphate absorption, and forms part of ferritin, the iron storage complex. It is incorporated into 2,3 diphosphoglycerate (2,3 DPG), a compound in red blood cells that regulates oxygen release by haemoglobin.
Calcium is involved in red blood cell production.
Acid-base balance: One of the body’s important mechanisms for maintaining intracellular acid-base balance is the phosphate buffer system, in which sodium monohydrogen phosphate and sodium dihydrogen phosphate act as efficient buffers in acid and alkaline conditions respectively.
Neuromuscular function: Calcium, magnesium, sodium, potassium and phosphate are required for nerve and muscle function. Amongst other roles, these minerals work individually and in various combinations at the neuromuscular junction to regulate the electrical polarity of the cell membrane and the release of neurotransmitters at the synapse; and the contraction   and relaxation of cardiac, smooth, and skeletal muscle fibres. 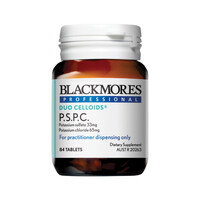