Bosisto's EucoSteam Inhalant is a unique eucalyptus-based inhalant which can be added directly to water or the vaporiser cup. The soothing steam vapours penetrate nasal and throat passages quickly and safely to gently calm and soothe. Besides being safer to use, EucoSteam mixed in the water enhances and prolongs the action of the steam vapours. All essential oils are uniformly vaporised in the steam. Breathe easier, sleep better with Bosisto's EucoSteam Inhalant.

Shake well before use.

In vaporiser cup: Pour EucoSteam Inhalant into cup. Use fresh EucoSteam each time
the vaporiser is used.

Bosisto's EucoSteam Inhalant is safer because it dissolves readily in water and is highly water dispersible. It can be added directly to the water of any steam vaporiser so that there is no need
to use the vaporiser cup. This reduces the possibility of children accessing the inhalant,
reducing the risk of accidental poisoning.

Steam therapy is non-invasive so can be used as often as required without causing side
effects such as drowsiness.

As EucoSteam mixes in water, the effect of the essential oils is prolonged and enhanced,
giving stronger, longer lasting vapours.

EucoSteam is also safer because it contains a bitter material (bitterant) to further reduce
any possibility of accidental ingestion.

Caution: Keep out of reach of children. For use in steam therapy only. Not to be taken.
Contains bitterant to avoid accidental ingestion. Use only as directed. 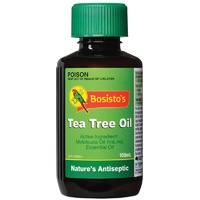 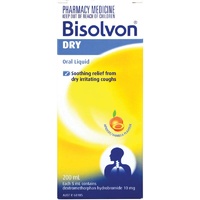