Australia Wide Delivery (No Signature Required) - $7.95
Please expect orders to arrive within 2-4 weeks. 100% insured up to point of delivery. Parcel is buyer's responsibility once it has been delivered. We will choose the most cost effective and/or fastest option. This service is supported by a delivery company of our choice. All deliveries are fully tracked. No PO Box, GPO Box, Parcel Lockers or other similar addresses. Must be a street address only. Will not deliver to a Post Office. You authorise the delivering company to leave the parcel at the front door. Click & Collect @ Murrumbeena - $0.00
Free when order is over $30. Expected to be able to pick up within 3 business days. Your order will be sent to David Jones Pharmacy 448 Neerim Road Murrumbeena Victoria 3163. Open 9am to 6:00pm Monday to Saturday excluding Public Holidays. Drivers license must be presented for collection. You will be notified by email when your order is despatched and ready for pick up.

Clinical data shows that GliSODin may:

GliSODin® provides a safe, effective and unique strategy for enhancing natural cellular defences which are known to decline during illness or with ageing. Clinical trials show that GliSODin® pro-motes health and wellbeing by boosting circulating levels of antioxidant defences and helping re-duce oxidative damage

Made in Australia under license from Laboratories ISOCELL NUTRA; GliSODin® is the result of ex-tensive and ongoing research by a group of French scientists dedicated to ageing research, espe-cially as it relates to oxidative stress.

Adults: Take one capsule twice daily, or as directed by your Health Care Practitioner. Best taken at least 15 minutes before or 2 hours after food. 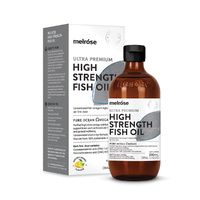