This formula was originally created by Hong Ji (a.k.a. Hong Jiu-You) and appeared in his book, ‘Secret Prescriptions for Keeping Health’ (she sheng mi pou), 1638. The formula is highly effective for a wide range of psychological disorders that arise from Heart and Kidney Yin deficiency (with failure of co-ordination between these two organs) together with Fire due to deficiency. The cooling, calming, stabilizing and grounding action of the Water phase (i.e. the Kidney) is failing to exert its influence on the Fire phase (i.e. the Heart), leading to instability and hyperactivity within the latter. Thus, all of the essential attributes of Fire, both physical and psychological, are becoming increasingly disordered. This particularly pertains to the Spirit (shen) that is ‘housed’ in the Heart. The common manifestations are over-excitability and hyperactivity, with anxiety, inability to concentrate, insomnia, loss of focus and self control. We need to bear in mind that the essential features of conditions treated by this formula involve not only excess in Fire, but also a concomitant deficiency in Water. On the psychological level this is epitomized in the lack of effective functioning of the zhi. This is often translated as ‘will’. However it is a broader concept that includes the faculties of will, determination, power of concentration and long term memory. One of the formula’s important clinical uses is for insomnia,  particularly in chronic refractory cases. It also commonly used in anxiety disorders (including post-traumatic stress disorder), dependency on tranquilisers and dysphoria occurring in association with menopause. 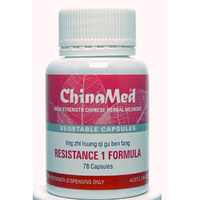