Concord Vita-Cordy contains Cordyceps sinensis which has been used for thousands of years in Traditional Chinese Medicine (TCM) to support health and general-well being.

What is Cordyceps Sinensis?

Cordyceps Sinensis comes from the grassy plateaux of Tibet. While a certain type of caterpillar larvae is hibernating during the winter, a long and thin parasitic fungus finds its way into the larvae. The fungus then grows to maturity and kills the caterpillar. This is why it has the name of “winter worm, summer grass” in Chinese.

Cordyceps Sinensis is a highly prized medicinal herbal ingredient in Traditional Chinese Medicine (TCM). It has been used as an aphrodisiac and a treatment for a variety of ailments including fatigue. TCM considers this ingredient has an excellent balance of yin and yang; it apparently has both animal and vegetable elements. In recent years, its popularity began to soar when a number of world-class athletes ascribed part of their record-breaking achievement to a daily supplement of Cordyceps Sinensis. 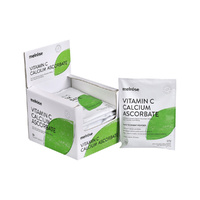